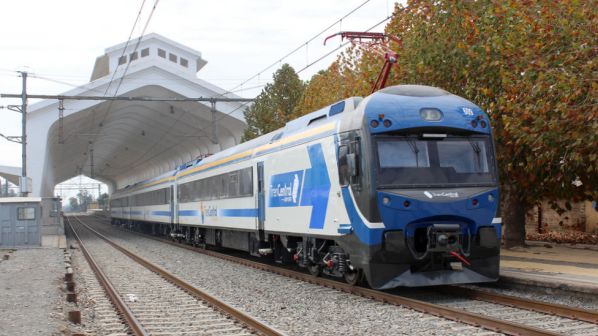 THE president of Chile, Mr Gabriel Boric, has announced that the government is to proceed with an upgrade of the 187km Santiago - Valparaíso route at a cost of $US 1.32bn, in place of earlier proposals to build a new line between the two cities.

Detailed engineering studies will start immediately with the aim of tendering civil works in 2025. Chilean State Railways (EFE) is due to begin operating the upgraded route in 2030.

Trains would run from a new station at Quinta Normal, 1km north of EFE’s Santiago Central station and also served by metro Line 5. The western terminus would be located in the El Salto district of the resort town of Viña del Mar, with passengers changing to Merval suburban services to reach the centre of Valparaíso.

The 172km from Santiago to El Salto would be covered in 1h 30min, matching road coach services but a significant improvement on the fastest journey time of 2h 32min once achieved by express trains between Santiago and Valparaíso.

The second stage of the project would include building a new tunnel through the La Dormida hills at a cost of $US 2.18bn.

The distance by air from Santiago to Valparaíso is 108km, but the railway dating from 1863 took a longer route to avoid gradients steeper than 2.5%. Rail is also in a poor position to compete with the Route 68 highway, now upgraded to motorway standards and 122km long.

As a result, rail´s current share of the Santiago - Valparaíso market is zero for passengers, regular services having been withdrawn in 1987, and negligible for freight.

Over the past five years, two private-sector consortia have proposed building a new line, the TSV project developed by Chilean holding Sigdo Koppers and China Railway Engineering and a second from Chilean logistics company Agunsa with Talgo and FCC of Spain.

Their alignments differed, but both had a route similar in length to Route 68, offering an end-to-end journey time of around 45min. Both consortia conservatively estimated construction costs at under $US 2bn, compared with the figure of $US 3bn produced by consultants working for EFE in 2016.

During the centre-right administration of the previous president, Mr Sebastian Piñera (2018-22), the Ministry of Public Works (MOP) was charged with deciding between the two projects and letting a build-operate-transfer (BOT) for the new line between Santiago and Valparaíso.

MOP reported back late last year, following the replacement of Piñera by the left-leaning Boric. The new administration has now decided to proceed with MOP’s recommendation to upgrade the existing route in place of new construction.