CHILTERN Railways began operating London Marylebone - High Wycombe - Oxford Parkway services on October 26 following the completion of a £320m project to create a new link between the capital and Oxford. 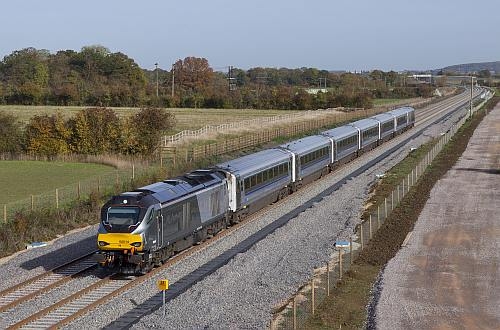 The project involved constructing a 1km chord at Bicester to connect the London - High Wycombe - Banbury line with the Bicester – Oxford line, which was doubled and upgraded for 160km/h operation.

Two new stations have been constructed at Bicester Village, near the former Bicester Town station, and Oxford Parkway, a park-and-ride facility with 1500 parking spaces situated alongside the A34 highway at Water Eaton north of Oxford. Oxford Parkway serves the north and east of the city and is integrated into the local bus network with direct services to John Radcliffe Hospital, Churchill Hospital, Headington, Kidlington, and Summertown.

The existing station at Islip on the Bicester - Oxford Line has also been rebuilt and several level crossings have been eliminated.

Chiltern is contributing £130m to the project through its franchise agreement with the Department for Transport (DfT), which runs from March 2002 to December 2021. Network Rail provided the remaining £190m.

The upgrading of the Oxford – Bicester line is the first phase of East – West Rail, which will reinstate the cross-country link from Oxford and Aylesbury to Bletchley.