THE state of Baden-Württemberg has granted extensions to six regional concessions operated by DB Regio and Southwest German Transport (Sweg). 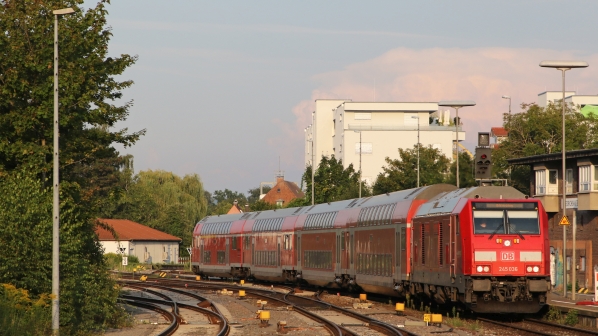 A class 245 locomotive with double deck coaches at Friedrichshafen in August 2020, which will be used for services to Basel from December 2021.
Photo Credit: Keith Fender

Sweg, which is owned by the state government, has been awarded extensions until December 2025 for three contracts:

These contracts may be terminated early after December 2025 following the opening of Stuttgart’s through main station, which will allow new ETCS and ATO-equipped EMUs capable of running on the new Stuttgart main station/Wendlingen - Ulm line to replace the older electric trains.