NETHERLANDS Railways (NS) will reduce intervals between inter-city services on one of its busiest routes to just 10 minutes from December after giving the final go-ahead for the introduction of a high-frequency timetable on the Amsterdam - Utrecht - Eindhoven corridor. 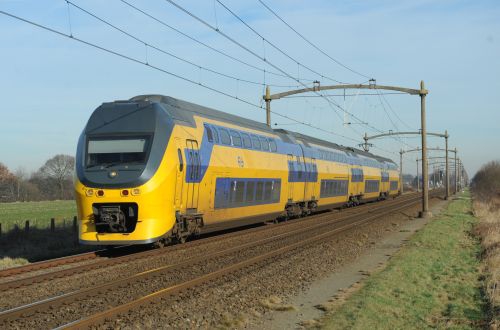 NS will operate six inter-city services per hour during the day, bringing much-needed extra capacity on a route which is well known for overcrowding, generating a significant volume of complaints.

However, the plans for 10-minute interval inter-city operations have created some issues around the quality of connections with other services, particularly in the province of Noord- Holland. Passenger lobby groups, united under the Locov umbrella organisation, are concerned and have urged NS to ensure the quality of interchanges is maintained when the 2018 timetable begins. NS states that it is willing to allocate a €1m budget for this, which will probably be spent on extra train services. The implementation of these measures is currently being discussed with the passenger groups.

The 10-minute-interval service is part of the High-Frequency Rail Transport Programme, better known as timetable-free train operations. The project is being developed by the entire Dutch rail sector, and includes freight as well as passenger operations.

By 2028 there will be six inter-city and six Sprinter stopping services per hour per direction on most key corridors, particularly in the densely-populated Randstand conurbation, which encompasses Rotterdam, The Hague, Amsterdam and Utrecht. The high-frequency timetable on the Amsterdam - Utrecht - Eindhoven route is the first step towards this goal.