Dresden - Wroclaw service to be withdrawn

REGIONAL transport authorities in Germany and Poland have announced direct cross-border passenger services between Dresden and Wroclaw will be withdrawn on March 1, even though a four-year operating contract only began last year. 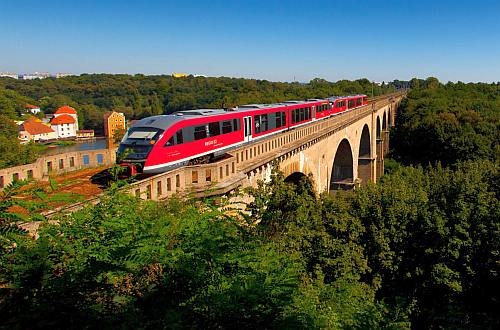 DB Regio and Poland's Regional Railways (PR) reached an agreement as recently as November 2013 to continue operating the RE 100 Dresden Wroclaw Express, which run via Görlitz and Legnica.

Three trains a day operate between the two cities using DB class 642 DMUs equipped for operation in Poland, with a journey time of around 3h 27min for the 270km trip.

Through services were revived in February 2009 and traffic has grown strongly over the last six years.

However, Lower Silesian regional transport authority UMWD says budgetary constraints mean it can no longer afford to fund the service and it has informed its counterparts in the German districts of Oberelbe (VVO) and Oberlausitz-Niederschlesien (ZVON) of its decision.

The parties involved, including DB Regio and Netinera subsidiary Vogtlandbahn, are now seeking to establish a workable alternative for international passengers travelling between Lower Silesia and Saxony.