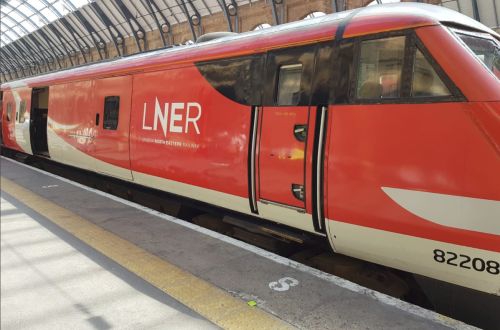 Transport secretary Mr Chris Grayling confirmed on May 16 that the government was taking the franchise back under state control under an “operator as last resort” scenario, the third time that the franchise had failed since operations were privatised in the 1990s.

The Stagecoach (90%) - Virgin (10%) joint venture was awarded an eight-year contract in November 2014 to operate inter-city services on the East Coast Main Line (ECML) between London King’s Cross, Leeds, Newcastle, Edinburgh, Aberdeen and Inverness. VTEC’s bid was based on a premium payment of £3.3bn over the duration of the franchise.

Stagecoach told investors in February that since services began in 2015 VTEC’s four-weekly premium payments had been 30% higher than those made by its state-owned predecessor East Coast (which replaced National Express when its franchise failed in 2009), despite “a challenging economic environment, increasing political uncertainty, significantly lower rates of growth across the British rail network over the past two years and sustained poor performance by NR.”

However, a key element of the VTEC franchise bid was the expansion of services from 2019 based on the delivery of new Hitachi trains (currently under construction) and a programme of ECML infrastructure enhancements. With delays to much of this work impacting these plans, Stagecoach attempted to negotiate an amendment to the franchise agreement, including premium payments to reflect these “materially changed circumstances.”

While the franchise had met all of its financial commitments including premium payments of nearly £1bn, this had cost Stagecoach around £200m, which is equivalent to nearly 20% of its market value.

Grayling said in May that he considers the Operator of Last Resort scenario as the favoured approach to overcome these difficulties, helping to drive delivery of the proposed East Coast Partnership outlined in the government’s Strategic Vision for Rail, which was announced in November. This strategy aims to bring infrastructure management and operations closer together by introducing a single management team under a single brand and which is overseen by one leader. It is expected to commence in 2020.

LNER revives an iconic British rail brand, last seen on the network in 1948. While trains are still sporting VTEC branding, trains with the LNER livery are expected to appear in the next few days.

“As LNER launches, our message to customers, employees, and everyone who depends on this service is that it is business as usual,” says LNER managing director, Mr David Horne. “As we go through the initial transition period we remain absolutely committed to running the high-levels of service that customers have come to expect.”