EMILIA Romagna Railways (FER) has awarded a 15-year contract to operate passenger and bus services in the Italian region to a temporary joint venture of Trenitalia and Emilia Romagna Passenger Transport (TPER). 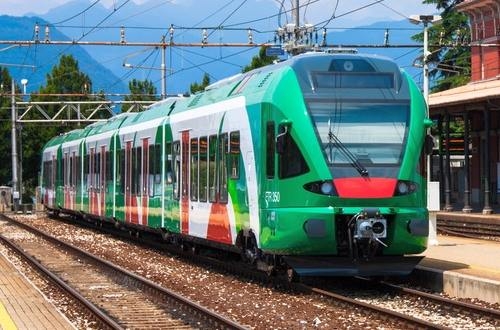 The contract begins at the end of 2018 and includes a €750m investment in 96 new trains, which will be procured by Trenitalia-TPER.

The Emilia-Romagna regional government will pay the consortium €153m to provide 18 million train-km and 1.2 million bus-km in the first year of operation, when ridership is forecast to be around 42 million passengers. The joint venture will operate services over 1050km of lines managed by Italian Railway Network (RFI) and 350km of FER lines.

Trenitalia and TPER will form a new company within the next few months, which will take on 1679 employees and a fleet of 150 trains.

Tendering for the contract began in 2013 and in March this year Trenitalia-TPER became the only bidder to reach the final stage of procurement. However, as the joint venture's offer was higher than expected, FER decided not to award the contract and held further negotiations with both Trenitalia-TPER and its competitor Arriva, which prequalified in the tender but did not present an economic offer. Arriva subsequently withdrew from the competition and Trenitalia/TPER adjusted its bid.

Under the new concession Emilia Romagna will operate the most modern regional train fleet in Italy, with the order for 96 new trains supplementing the 12 Pesa DMUs and 28 Stadler/AnsaldoBreda EMUs already in service in the region.