THE start of construction of the Fehmarn Belt between Denmark and Germany was marked with a digital ground breaking on January 1, with a physical ceremony in Rødbyhavn originally planned to be held on January 4 postponed due to the coronavirus pandemic. 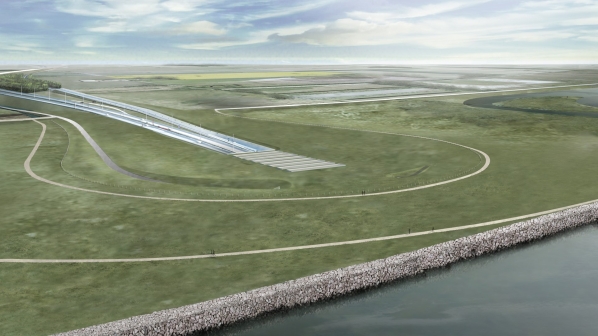 The 18km tunnel will run from Puttgarden on the island of Fehmarn to Rødby on the Danish island of Lolland, carrying a four-lane road, a double-track electrified railway line and a maintenance and evacuation corridor. The tunnel will be up to 47m-wide and 13m-high, and will be built using prefabricated sections that will be sunk into a channel dug into the sea bed.

In April 2015 the Danish government granted final environmental approval for the project in Denmark and authorised state-owned companies Femern A/S and Femern A/S Landanlaeg to construct and operate the link together with associated land works in Denmark.

In November, the Federal Administrative Court in Leipzig dismissed six appeals brought by two environmental associations, three companies - including Scandlines, the operator of the existing Puttgarden - Rødby ferry line - and the city of Fehmarn against the construction of the German section of the project.

Initial works include the construction of a tunnel element factory at Rødby and the tunnel portal on Lolland. This will be followed by the production of the tunnel elements and their installation under the sea floor.

“One of the largest construction works in Danish history can now start,” Engelbrecht says. “Many thousands of employees will have their permanent workplace in Rødbyhavn for the next eight-and-a-half years. I look forward to being able to use the tunnel in 2029.”