FIRST Group and Trenitalia have withdrawn from the competition to run the new East Midlands franchise as the partners seek to concentrate their resources on their bid for the West Coast Partnership (WCP). 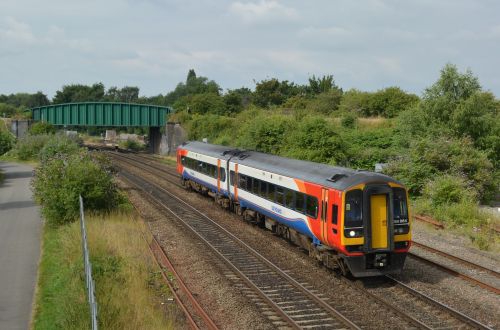 The Department for Transport (DfT) shortlisted the 70:30 First Trenitalia East Midlands joint venture for the franchise in March 2017, alongside Arriva and incumbent operator Stagecoach. However, the shortlisting process was rerun last summer, with Abellio joining the bidders.

The DfT expects to award the contract in April 2019, with the franchise starting in August 2019.

“First Group, alongside our bidding partner Trenitalia UK, has decided to withdraw from the East Midlands franchise competition in order to focus on our joint bid for the West Coast Partnership franchise,” a First Group spokesman said on April 23. “This is an exciting opportunity to be the first operator of HS2, as well as run conventional West Coast services from London to Glasgow.

"We remain committed to retaining a leading position in the UK rail market. As well as bidding for West Coast, we are delivering extra capacity through new trains and service improvements across our existing franchises - Great Western Railway, South Western Railway and TransPennine Express - and in our open access service, Hull Trains. By 2020, 90% of our passengers will be travelling on a train that is less than five years old.

"We will continue to bid in a disciplined way which is good for our stakeholders, the sector as a whole and above all, passengers."

Last August Trenitalia UK withdrew from the South Eastern franchise competition because of “significant overlap” with the WCP contest.