First Norwegian passenger concession to be awarded in October

THE Norwegian Railway Directorate confirmed on May 22 that the country’s first competitively-tendered concession for the operation of passenger services on the national network will be awarded in October, later than previously envisaged. 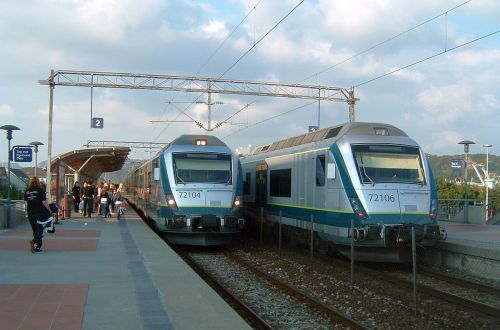 Traffic Package 1 is now due to begin in December 2019 and encompasses long-distance and regional services on the Oslo - Kristiansand - Stavanger Sørlandet Line, together with the branch to Arendal.

“We have received many well-prepared offers from companies that want to operate services on the Sørlandet Line,” says the directorate’s managing director of passenger transport procurement Mr Svein Horrisland. “To ensure the quality of the work to evaluate the offers and equal treatment of the providers, we need more time.”

To allow for this change in the procurement schedule, the current agreement with Norwegian State Railways (NSB) will be extended by six months.

The delays will affect the schedule for Traffic Package 2, which includes the Trondheim - Bodø Nordland line, the Meråker Line and regional services in the Trondhem area. This will not be awarded until mid-2019, with the concession now set to begin in June 2020.

The schedule for Package 3, which covers services on the Oslo - Bergen line, remains unchanged, with tendering set to begin in the first quarter of next year. This contract will be awarded in December 2019 in readiness for a December 2020 start date.