Five-minute interval service planned between Rotterdam and The Hague

DAYS after announcing plans for high-frequency services on two inter-city corridors, Mrs Stientje van Velthoven, Dutch secretary of state for railway affairs at the Ministry of Infrastructure, has announced the introduction of a five-minute interval train service between Rotterdam Central and The Hague Hollands Spoor. 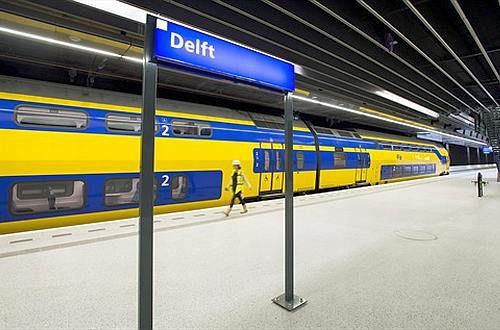 Full details of the timetable have yet to be confirmed, but it is expected to comprise eight inter-city trains and six Sprinter (regional) services per hour per direction.

High-frequency operations are likely to be introduced in the 2025 timetable, following the completion of four-tracking between Rijswijk and Delft South.

The €300m project, which has been approved by the secretary of state, includes the construction of two additional tracks in the new tunnel beneath the historic centre of Delft, which is already operating with two tracks but prepared for four tracks.

The project also includes remodelling of the track layout at The Hague Hollands Spoor, Rotterdam Central and Schiedam West stations.