FLIXTRAIN confirmed on September 23 that it is planning to enter the Swedish market with the aim of launching new services from Stockholm to Gothenburg and Malmö in 2020. 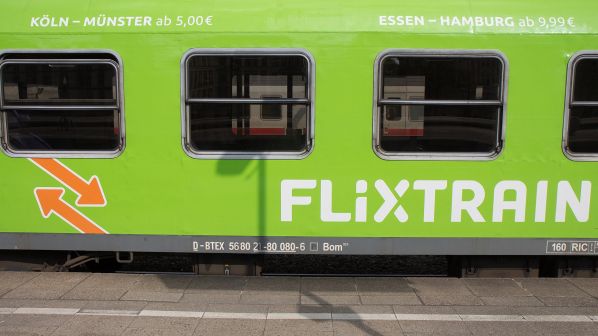 FLIXTRAIN confirmed on September 23 that it is planning to enter the Swedish market with the aim of launching new services from Stockholm to Gothenburg and Malmö in 2020.

FlixBus has submitted a track access application to Swedish infrastructure manager Trafikverket to operate trains on the two routes, which are Sweden’s busiest inter-city rail corridors. Both routes are already served by open-access operators, which compete with incumbent SJ.

Stockholm - Gothenburg services would make intermediate stops at Södertälje, Hallsberg and Falköping, while the Malmö trains will call at Norrköping, Linköping, Nässjö, Alvesta and Lund.

“These are strategically important points for many travellers,” says Mr Peter Ahlgren, Nordic region CEO for FlixBus. “We see a large and growing demand for train services in Sweden and FlixTrain will be the market's most affordable rail option that does not compromise on quality and convenience. The plan is now to have trains rolling in the first half of 2020.”

“We have seen that if you combine bus and rail networks in a smart way, you can successfully meet demand and increase the number of passengers for both modes of transport. FlixTrain will be integrated with our bus lines and we will be able to offer a smooth booking process with both bus and train in one place, with new travel routes without long change times. In this way, we will also reach people who do not live near the railway.”

FlixTrain’s parent company FlixMobility secured financing for the expansion of the firm’s rail operations outside Germany during the summer. The new services in Sweden will be FlixTrain’s first outside Germany, where the operator launched services on the Hamburg - Cologne route in March 2018.