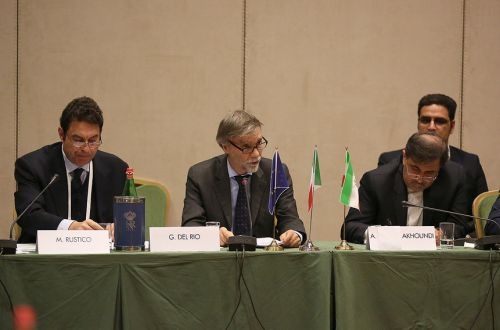 This follows a visit to Italy in December by Iran's vice-minister of transport who met FS CEO Mr Renato Mazzoncini. FS assistance to RAI dates back to 2001, but was halted when United Nations sanctions were imposed on Iran in 2006 and subsequently lifted in January.

FS certification subsidiary Italcertifer is already working on the preliminary design of an infrastructure and rolling stock test centre for RAI and has been named preferred bidder for a contract relating to the construction of the Mashhad metro.

In January Iran finalised a contract with China to complete the electrification of the 926km Tehran – Mashhad main line. Alstom also signed an MoU last month with Iran which is intended to pave the way for Alstom to re-enter the Iranian market, while French National Railways (SNCF) agreed in a separate deal to support RAI in the redevelopment of stations, suburban rail projects, Iran's high-speed programme, and restructuring of RAI.