AFTER years of decline in the wake of the economic crisis, passenger numbers on Irish Rail (IE) services are finally showing signs of recovery, according to the company's preliminary figures for the first half of this year, which were released on July 7. 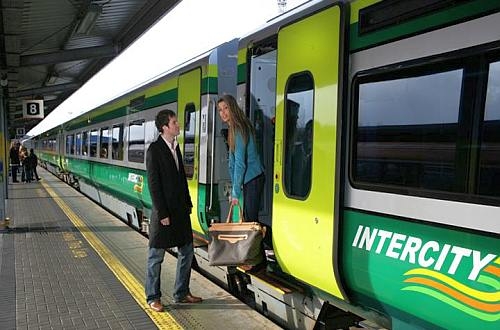 First half ridership rose by 2.7% to 18.3 million, compared with 17.8 million in the first six months of 2013. Intercity services saw the highest growth with passenger numbers increasing 5% from 3.8 million to 4 million, with a 7% year-on-year increase recorded on the key Dublin – Cork route. IE attributes growth in long-distance traffic to promotional fares, an increase in business travel due to improving economic conditions, and sustained high levels of student travel.

Commuter ridership in the Cork area and on non-electrified routes radiating from Dublin climbed 3.6% from 6.2 to 6.4 million, while Dublin's Dart electrified commuter network saw a more modest 0.8% increase with passenger numbers reaching 7.9 million.

IE says it expects to see continued growth in passenger numbers in the remaining six months of this year. However the company's financial situation is still extremely poor and unions are balloting their members over strike action in response to proposed cutbacks.