KEOLIS Nederland commenced operation of its second rail concession in the Netherlands on December 11 when it took over an 81km network in the province of Overijssel. 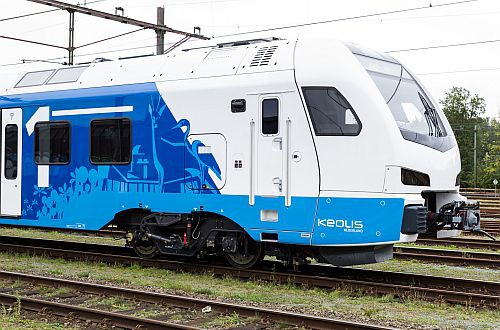 The contract was awarded by the province in June 2015 to manage the Zwolle - Enschede and Zwolle - Kampen services until 2032. The services will cover 2.6 million km a year and the concession is expected to generate revenues of €300m.

The two lines will be operated by 16 Stadler Flirt EMUs. The fleet comprises a mixture of three and four-car sets carrying between 228 and 260 passengers. The 160km/h trains have air-conditioning, space for a wheelchair, power sockets, Wi-Fi, and a closed toilet system.

The start of the new concession has unfortunately coincided with infrastructure problems on the newly-upgraded Zwolle- Kampen line.

The 13 km single-track line has been electrified and the maximum line speed was due to be raised from 100km/h to 140 km/h on December 10. However, just days before the start of the new timetable, it emerged that the ground under the line is too unstable to allow operation at the new higher speed.

In order to maintain the timetable, trains are not stopping at the new Zwolle Stadshagen station, which was due to open on December 10. Both Zwolle and Kampen stations are key interchanges in the region's public transport network, which means it is not possible to adjust the timetable to accommodate the Stadshagen stop.

The Zwolle - Kampen journey time is around 10 minutes, which enables the operation of a half-hourly service with only one train.