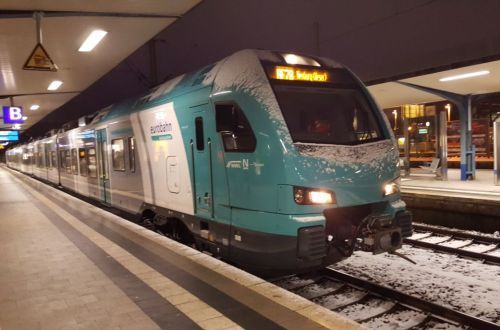 TWN consists of five lines totalling around 500km with 52 stations. One of the lines will be extended into the Netherlands on January 14 2018.

TWN will operate the network with 27 Flirt trains manufactured by Stadler, 19 existing trains which will be refurbished, and eight new trains will be added to the fleet.

The new 160km/h five-car Flirt trains have 266 seats and can accommodate up to 532 passengers. Each train has space for 24 bicycles and is equipped with ticket machines. The 27 trains are expected to cover a distance of 5.3 million km per year.