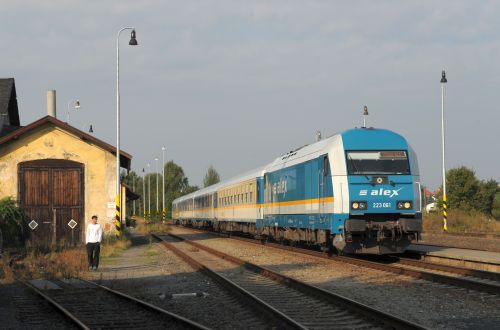 The contract comprises two lots covering the northern and southern service group. The northern lot calls for the operation of 2.77 million train-km per year on the Munich - Regensburg - Schwandorf - Hof/Furth im Wald line. The future of cross-border services beyond Furth is unclear as the Czech authorities have given no indication whether trains should continue to serve Prague.

The southern lot covers the operation of 1.65 million train-km per year on the Munich - Kempten (Allgäu) - Immenstadt - Lindau/Oberstdof route.

The transitional nature of the contract reflects major changes for the Alex network in the early 2020s. With the electrification of the Geltendorf - Lindau line, Alex services in the southern lot will become part of the Allgäu Diesel Network regional contract as part of a reorganisation of regional services in central Bavaria.

The Regensburg - Hof and Regensburg - Furth im Wald lines are also due to be electrified and BEG states that new rolling stock will be required for electric operation. This will improve the operation of services from the Bavarian capital to Hof, Weiden and Furth im Wald, which still require a change between diesel and electric traction.

The transitional contract makes provisions for a number of enhancements, including increasing Munich - Furth services from four to seven trains per day. trains will be equipped with new passenger information systems and there will be an increased staff presence on trains. Passengers will also be able to purchase tickets on board without incurring extra charges, and payments in Czech Koruna will be accepted for cross-border journeys.