LOWER SAXONY Transport Authority (LNVG) has awarded German regional operator Metronom a two-year extension to its contract to operate services on the 120km line from Hamburg to Stade and Cuxhaven. 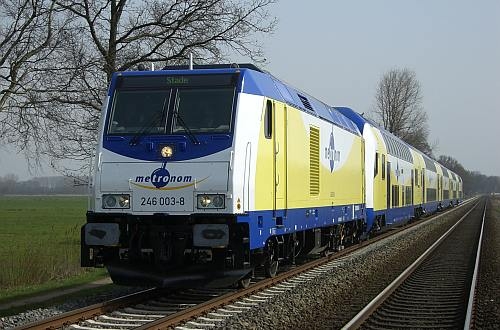 The deal extends Metrnom's tenure until December 2017 and covers the operation of around 1.5 million train-km per year on the non-electrified route, which Metronom has operated since December 2007 using a fleet of diesel locomotives and double-deck coaches supplied by Bombardier.

LNVG says it has decided to extend the contract because it is currently tendering three other regional contracts, the Weser-Ems, Eastern Lower Saxony, and Teutoburger Wald networks and is concerned that a fourth contest would overwhelm the market and reduce competition resulting in fewer offers.