SWEDISH open-access inter-city operator MTR Express has filed a complaint against SJ with the Swedish Competition Authority claiming the incumbent operator is abusing its dominant position in the market by blocking access to its online sales portal. 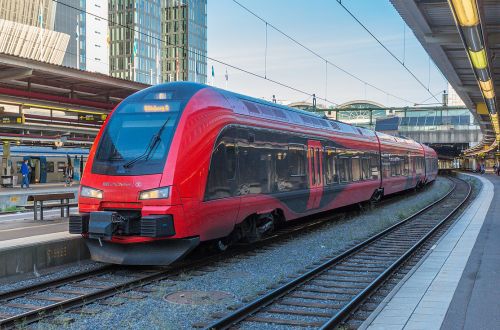 MTR Express argues that the fares and services of all operators should be visible on SJ.se, the dominant online sales channel for train tickets in Sweden.

When MTR Express launched its Stockholm - Gothenburg services in early 2015, tickets for the two other open-access inter-city operators already in the market - Blå Tåget and Snälltåget - were available through SJ.se. However, fares for MTR Express, and more recently another new entrant, Saga Rail, are not shown on the website.

“Unlike in other countries, Swedish travellers cannot compare services and prices or buy their train tickets in one place,” says Mr Mats Johannesson, CEO of MTR Express. “We have reported SJ to the competition authority because they are abusing their dominant position with anti-competitive sales practices. They are a public company distorting competition in the market and making it difficult to invest on an equal footing. SJ would not accept this in Norway, where they are seeking to establish themselves.”