MTR Corporation and FirstGroup announced on June 16 that they will form a joint venture to bid for Britain's South Western franchise after the arrangement was approved by the Department for Transport. 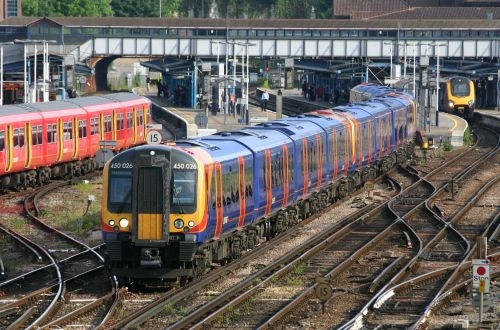 The DfT confirmed in February that it had invited First South Western Trains and current operator Stagecoach South West to bid for the franchise, which will run for 7-9 years with an option for a one-year extension.

MTR will take a 30% stake in the joint venture and both operators hold Pre-Qualification Questionnaire Passports with the DfT, which confirms their eligibility to bid for franchises.

An initiation to tender was issued to the two shortlisted bidders in May and bidding will begin later this month. The DfT expects to award the contract by February 2017. The new contract will start when the current deal expires in June 2017.

Highlights of the new franchise include the introduction of a new fleet of 30 five-car class 707 suburban EMUs, which are due to enter service from 2017 on the Windsor Line, the rollout of smart ticketing, and capacity upgrades including work at London Waterloo station to accommodate 10-car trains on more platforms.

Stagecoach has operated the franchise since privatisation in 1996. The current franchise began in 2007 and the DfT originally intended to grant Stagecoach a direct award contract for 2017-2019. However, the department decided in July 2015 that the franchise would be re-let through a competitive tender.