BRITISH network manager Network Rail (NR) has submitted a Transport and Works Act Order (TWAO) for phase 2 of the East West Rail project between Bicester and Bedford, which includes a proposal to revive a disused section of line between Claydon Junction and Bletchley. 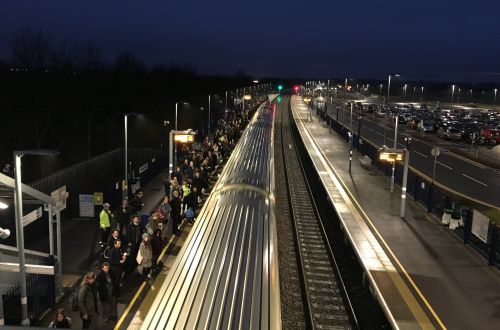 Phase 1 of the East West Rail project has already been completed.

The East West Rail project will link Oxford, Bicester, Milton Keynes, Bedford and Cambridge. Phase 1 between Oxford and Bicester has been completed, while phase 2 proposes reopening the lines from Bicester and Aylesbury Vale Parkway to Bletchley and major track and signalling upgrades between Bletchley and Bedford, and Milton Keynes.

The proposed works would see the phased introduction of new rail services between:

If the TWAO is granted by the government, construction of phase 2 could begin as soon as 2019.

“The submission of the TWAO is a culmination of four years of work developing the scheme and follows three positive rounds of community consultation, where we’ve continually refined our proposal based on the views of the community and planning experts,” says head of consenting and environment for NR, East West Rail project, Mr Colin Murphy.

“Today’s announcement by NR is very welcome and shows our shared commitment to move all elements of the project from planning to delivery as quickly as possible,” says East West Railway Company chairman, Mr Rob Brighouse.