GO-OP, a British open-access operating organisation, has presented revised plans to introduce a new rail service from Taunton to Swindon from December 2017. 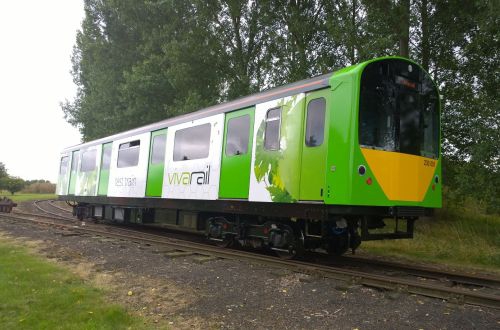 The plan updates the group's original idea to provide better links between the west of England and the midlands which it has been working on for several years. Instead of starting the service at Westbury, it will now commence in Taunton and serve Castle Cary, Bruton and Frome as well as Westbury, Melksham, Trowbridge, Chippenham and Swindon.

Go-Op says it plans to offer trains every two hours from December 2017 initially utilising two two-car D-Train sets, rebuilt former London Underground D78 trains developed by Vivarail. However, the limited speed of these vehicles means that the organisation is planning to purchase five two-car class 195 CAF Civity DMUs to meet the demands of its expanded service in May 2019 at which point the D-Trains may be redeployed for branch line operation.

The expanded service will extend operations beyond Swindon to serve Oxford, Banbury, Coventry and Nuneaton with the group deciding against previous plans to serve Birmingham because of extensive existing rail links into the city. Go-Op says it will purchase the class 195 sets as an add on to Arriva Rail North's order for 25 two-car DMUs, which is part of a larger contract for 281 regional multiple unit vehicles placed in January.

Go-Op is now seeking a 10-year track-access contract from Britain's Office of Rail and Road for the service and it expects a decision by the end of 2016. If approved, it hopes to eventually carry 1 million passengers per year by the time the service matures in 2020.

Go-Op is a multi-stakeholder cooperative, and describes itself as an autonomous association of persons united voluntarily to meet their common economic, social, and cultural needs and aspirations through a jointly-owned and democratically-controlled enterprise. It is backed by several retail cooperatives but mostly by individual investors and is structured similar to a community energy supplier.