NS and ÖBB plan revival of overnight trains to Amsterdam

AUSTRIAN Federal Railways (ÖBB) and Netherlands Railways (NS) are developing plans to reintroduce sleeper trains to Amsterdam, which was severed from the European night train network by the contraction and eventual abandonment of German Rail's (DB) City Night Line services. 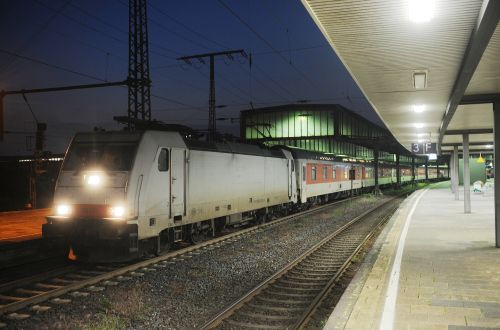 ÖBB took over most of DB’s overnight services when the German operator pulled out of the market in December 2016 and these now operate under the Nightjet brand. The Amsterdam service had already been withdrawn before this date due to the changes at the Emmerich - Zevenaar border crossing, which made the use of ETCS-equipped multi-system locomotives compulsory. The cost of leasing appropriate traction was considered prohibitive and services to and from Amsterdam ceased. This means the nearest station to Amsterdam with a sleeper service is currently Duisburg, Germany.

Reintroduction of an international night sleeper service to and from Amsterdam will take some time, with trains unlikely to return before early 2020. ÖBB will be the operator and owner of the rolling stock, while NS will be the railway undertaking for transport on the Dutch network, facilitating in servicing, cleaning and minor maintenance of trains at Watergraafsmeer yard in Amsterdam. NS will also play a role in selling tickets.