THE Dutch government has announced plans to award Netherlands Railways (NS) a 15-year concession to operate ‘core network’ passenger services from the start of the new timetable in December 2024. 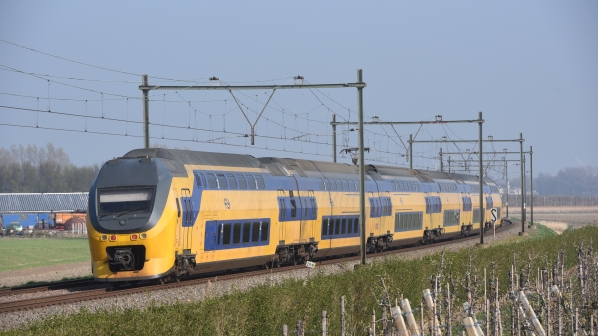 The plan, announced by the secretary of state for the ministry of infrastructure, Mrs Stientje van Veldhoven, is part of the strategy currently being developed by the government to restructure the Dutch passenger rail market to improve competition.

The secretary of state has expressed her ambition to improve public transport to make it more attractive, with rail playing a greater role.

Granting the core network concession to NS is justified by the need for stability and quality, while NS’ performance is considered to be good. The government considers tendering operation of the core network as too risky and complex, with potentially negative effects for passengers and taxpayers.

Operation on the HSL-South high-speed line was initially due to be awarded through a separate concession, but high-speed operation was integrated into the core network through the 2015 concession. Since then, domestic inter-city trains, operated with 40-year-old coaches with a 160km/h Traxx MS2 locomotive at either end, have run on the high-speed line.

HSL-South operation will remain integrated in the core network concession, with services due to operate with new 200km/h Coradia Stream EMUs from Alstom, which are due to be delivered soon.

The secretary of state is considering separating some regional services from the core network. This will result in a similar situation to the Maastricht - Roermond and Sittard - Heerlen lines, where NS operates the inter-city services while a regional operator runs the stopping services.

Four lines have been identified for possible separation, with Sprinter services between Zwolle and Leeuwarden potentially split from the concession from 2025.

The move would have to result in an improvement for passengers, while not hindering inter-city services.

The strategy maintains that strong international rail services are important for both economic development and to achieve the Netherlands’ climate goals, with faster services to destinations abroad, in particular German’s Ruhr-district, Berlin, and London, considered a necessity.

The proposal to update the market structure after 2024 is the first step towards granting NS the core network concession. During the next phase, the requirements, terms and conditions will be established and the costs calculated.

The final decision on whether to grant NS the concession is expected to take place at the end of 2023, one year before coming into effect. Given that a year is a very short period to find an alternative, the decision can be considered to be a formality only.