AFTER a 45-year hiatus, scheduled passenger trains returned to Germany’s Bentheim Railway (BE) on July 6 with the reintroduction of regional services on the 28km Bad Bentheim - Nordhorn - Neuenhaus line. 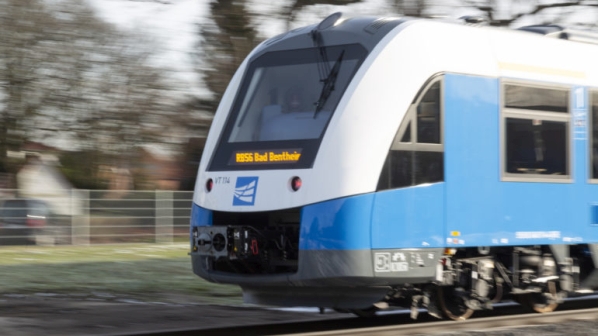 BE has acquired five two-car Alstom Lint 41 DMUs for the new service. Each train seats 110 passengers in standard class and eight in first class. Services operate hourly from 05.30 on weekdays, 06.30 on Saturdays and 07.30 on Sundays, with the final train departing at 22.30. The DMU fleet is maintained at Nordhorn South depot.

In addition to the acquisition of new trains, €21m was invested in infrastrucuture, including new station facilities at Bad Bentheim, Nordhorn and Neuenhaus. The state of Lower Saxony funded 75% of the cost of the project.

BE ceased passenger operations in 1974, but the line, which runs as far as Coevorden in the Netherlands, is still frequently used by freight trains. BE participates in the operation of the De Heege terminal on the German-Dutch border, which generates considerable freight traffic.