DUTCH infrastructure manager Prorail has released the capacity allocation for services on the national network for the 2021 timetable, with 30 operators applying for an increased number of train paths compared with the existing timetable. 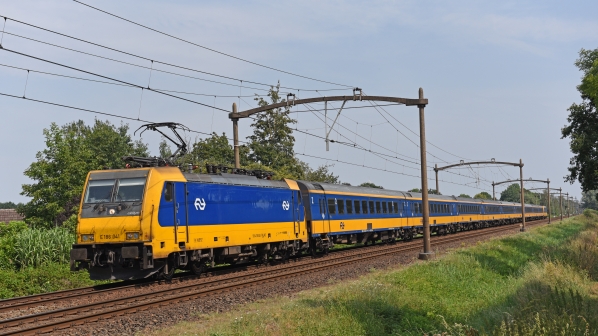 Despite the coronavirus pandemic and associated reduction in passenger journeys, passenger operators applied for 2,172,187 train paths in 2021, up 2786 from the 2,169,401 paths in the existing timetable.

Requests from freight operators were down by 6480 to 98,824 paths. However, Prorail highlighted that the flexible nature of freight operation resulted in more short-term requests, which were expected to increase to the same level or higher than the number of services in the existing timetable.

Prorail says recent infrastructure upgrades will result in improved journey times for passengers in the new timetable, such as an improved interchange time for passengers travelling from Soest to Hilversum and Amsterdam via Baarn.

Works at Geldermalsen station, including a new track for services from Dordrecht and a new platform, will improve journey times for passengers changing to the Utrecht Central - Geldermalsen - Tiel sprinter service. Freight trains will also no longer be subject to length restrictions at the station.

Journey times for the cross-border InterCity service between Amsterdam Central and Berlin via Hengelo/Bad Bentheim will be reduced by 10 minutes. An Austrian Federal Railways (ÖBB) Nightjet service will be introduced between Vienna and Amsterdam Central, hauled by Netherlands Railways (NS) from the Emmerich border station.

In the north of the Netherlands, changes will be made to regional services operated by Arriva Netherlands.

Following infrastructure improvements on several non-electrified lines, an additional fast services will be added between Groningen and Leeuwarden in addition to the existing two stopping and one fast service per hour. An 8km-long double-track section has also been constructed and platforms at several stations have been lengthened while various level crossings have been removed, with the line speed increased to 140km/h.

Arriva services have been modified to reduce the interchange time between services, reducing the overall journey time.