Queensland to spend $US 2.4bn on rail projects 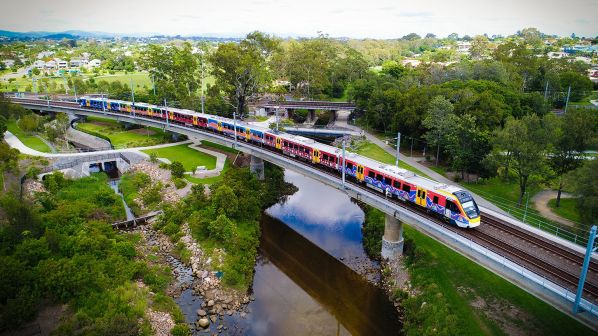 THE Queensland state budget for 2022-23 makes provision for $A 3.5bn ($US 2.4bn) to be spent on new rail projects, in addition to the $A 5.4bn Cross River Rail project to build a 10.2km north-south commuter line in Brisbane.

The new funding is contained in forward budget estimates for new projects over the next four years, including many long-term projects that will be delivered over the next decade.

The largest allocation will see the Queensland government provide $A 924m for Stage 3 of the Gold Coast light rail system, running from Broadbeach to Burleigh Head.

On the Queensland Rail network, $A 876m has been allocated to upgrading the route from Brisbane to Logan and the Gold Coast. Stage 1 of the upgrade from Beerburrum to Nambour is to receive $A 489m.

Queensland’s New Generation Rolling Stock programme to acquire a fleet of 65 six-car passenger trains is to receive $A 265m. ETCS fitment is also included in this allocation.

New station construction at Pimpama, Hope Island and Merrimac on the Gold Coast has been allocated $A 107m.

“But this budget shows we are not just building a new underground line. With significant investments in freight and passenger services across our state, we are transforming the network.”

The 2022-23 budget also makes provision for $A 212m towards the $A 600m train manufacturing programme, part of the government’s $A 7.1bn project to develop the rolling stock manufacturing industry in Queensland.

This will see the new passenger fleet built at a new purpose-built manufacturing facility owned by the state government at Torbanlea.

“By making trains here in Queensland, it also supports traditional manufacturing, and skilled jobs in the many small and medium businesses that are a part of the supply chain,” says Mr Cameron Dick, Queensland’s treasurer and minister for trade and investment.

“We want to see more of these skilled jobs here in Queensland, which is one of the reasons we recently finalised the purchase of the Rockhampton Railyards.”