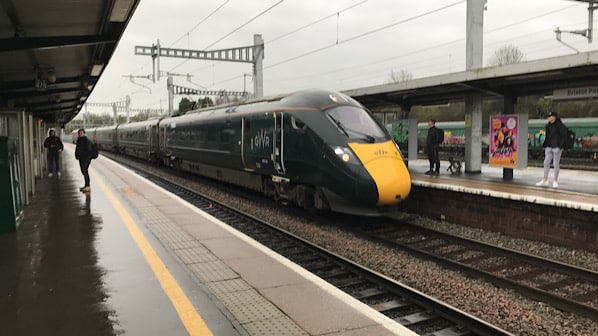 RENFE has announced that is considering a proposal from British open-access operator Grand Union Trains that would see the Spanish national operator join the company as a strategic partner.

Grand Union has applied to operate open-access services between London and Carmarthen in South Wales and is currently hoping to start operations in December 2024.

In making its first entry into the British market, Renfe says that it would bring its experience of operating commercial passenger services in a liberalised environment and providing a high-quality service for customers.

Moving into markets outside Spain is one of the three key drivers of Renfe’s strategic plan, and the company says that joining Grand Union represents an interesting and profitable opportunity to enter the attractive British market.

Renfe says that it has been considering how to enter this market for several years, but that strong competition and high resource requirements have complicated its previous initiatives. For this reason, joining local partners to enter the British market could be advantageous, the company says.

Grand Union’s application to operate five return open-access services a day is currently being considered by British rail regulator the Office of Rail and Road (ORR).

In the first phase of operation, Grand Union would run from London Paddington to Cardiff, with intermediate stops at Bristol Parkway, Severn Tunnel Junction and Newport.

Services would later be extended to a new parkway station at Felindre to serve Swansea, Llanelli and Carmarthen.

Grand Union intends to operate a fleet of bi-mode trains which, according to Renfe, would offer a high-quality travelling environment with bigger seats, more leg room and more space for luggage.

In contrast to incumbent franchised operator Great Western Railway, which offers an at-seat trolley service, each train will feature a buffet car, with Grand Union stating that it is aiming to offer passengers the best journey experience on the market.

Renfe says that the new Grand Union service will require substantial investment, which could be provided by Serena Industrial Partners, a Spanish private equity firm, which it says is committed to investing in sustainable infrastructure in Britain.

Renfe also notes that the directors of Grand Union have successfully developed other open-access operations in Britain, including Grand Central which was later sold to German Rail (DB) subsidiary Arriva.