NORWEGIAN transport minister Mr Ketil Solvik-Olsen announced on June 5 that Swedish national train operator SJ will go ahead as planned with the launch of its accelerated Stockholm – Oslo service on August 9, after Norwegian infrastructure manager Jernbaneverket agreed to postpone infrastructure works on part of the route. 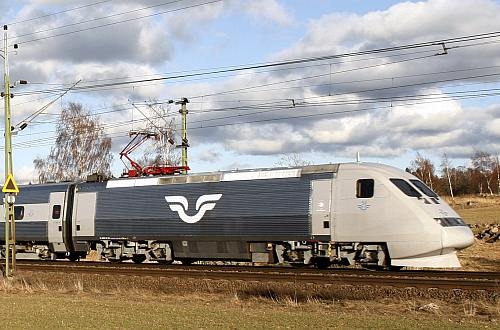 Earlier this week SJ said it would not be able to operate its planned X2000 services between the two capitals because Jernbaneverket was planning two-and-a-half years of daytime closures on Kongsvinger Line between Lillestrøm and Kongsvinger from mid-2016 for catenary renewals. However, Jernbaneverket has now agreed to defer the start of these works until 2018 to allow time for planning alternative arrangements during the closures.

"We are pleased that everything is now in place for the launch of the service" Solvik-Olsen says. "The danger of postponement has now gone and thanks to good and constructive talks between Jernbaneverket, SJ, and the Swedish Ministry of Enterprise and innovation, a solution to this difficult issue has been found."

The minister added that it will be essential for SJ and Jernbaneverket to work together to find solutions to minimise disruption to travellers while the engineering work takes place.

SJ announced in January that it would replace the two daily Inter-City services between the Swedish and Norwegian capitals with three X2000 services, reducing the journey time for the 572km trip from 5h 38min to around four-and-a-half hours.

Funds allocated to Jernbaneverket for the Kongsvinger Line project will be used for catenary renewals elsewhere on the Norwegian network.