THE CEO of Swiss Federal Railways (SBB) Mr Andreas Meyer and the president of French National Railways (SNCF) Mr Guillaume Pepy signed an agreement in Paris on March 9 regarding the joint operation of cross-border regional passenger services in the Geneva area. 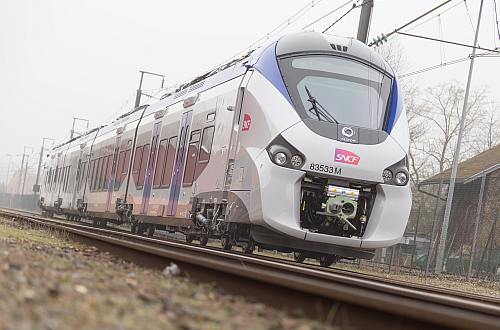 Léman Express will serve 45 stations on a 230km network in the Swiss cantons of Vaud and Geneva and the French region of Auvergne-Rhône-Alpes which is home to around 1 million people. Léman Express will start operating in December 2019 when the Ceva project linking Geneva, Eaux-Vives and Annemasse, which includes the construction of a new 16km link between Lancy-Pont Rouge and Eaux Vives, is completed. Léman Express is expected to carry 50,000 passengers per day.

The agreement includes the creation of a new company called Lémanis which the two railways will set up during the next few weeks. SNCF and SBB also formed a joint team in September 2016 to oversee the implementation of Léman Express. Called Omex, it is led by Mr Daniel Leuba of SBB and Ms Armelle Laugier of SNCF.

SBB and Auvergne-Rhône-Alpes are investing SFr 500m ($US 493m) in a fleet of 40 EMUs comprising 17 multi-system Régiolis EMUs, which Alstom is supplying under a €160m contract, supplemented by 23 four-car Stadler Flirt EMUs. Around SFr 2bn in being invested in the infrastructure.