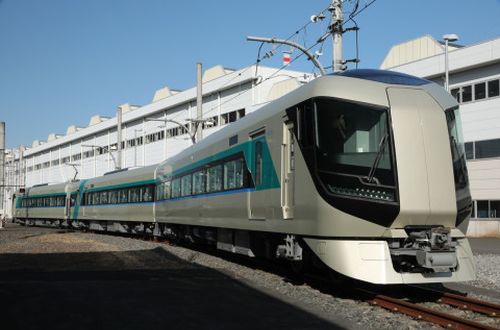 The new timetable increases the number of limited-express trains between Tokyo, Nikko and Kinugawa by five services on weekdays, and nine at weekends and holidays. An additional eight limited express trains are operating on the Yagan and Aizu lines from Asakusa to Aizu-tajima. New limited express routes are operating between Asakusa and Kasukabe and now extend to the Tobu Urban Park Line in the morning and evening peak periods, while outbound trains are stopping at Sengen-dai for the first time.

Kawasaki Heavy Industries has supplied eight 500 series three-car EMUs. The aluminium-bodied trains are formed of two powered driving vehicles and an intermediate trailer, seating a total of 161 passengers. The vehicles are 20m long and 2.87m wide.

The driving cars are equipped with end gangways to enable splitting and joining of trains to serve multiple destinations. This will avoid passengers having to change trains at Shimo-imaichi and thereby cut journey times.

For more information on train fleet orders around the world, subscribe to IRJ Pro.