TRENITALIA has announced plans to remove two of its train ferries from the Straits of Messina, which will result in the loss of its daytime inter-city services from the Sicilian cities of Palermo and Siracuse to Naples and Rome, and the overnight service to Milan. 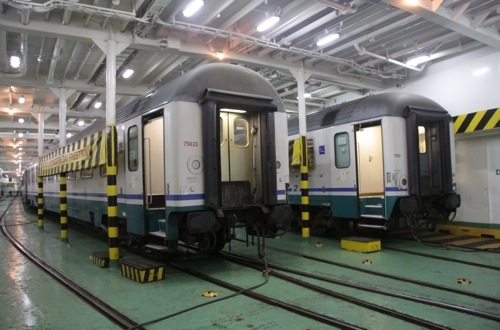 Trenitalia says it will save €46m per year by cutting the services which will result in around 100 job losses. The changes are due to take place in June and will leave only one overnight sleeper service between Rome and Sicily with passengers forced to change from the train to the ferry and to a different train following the crossing. Currently passengers can travel in the same rail vehicle across the short sea crossing four times every day.

The train ferry between Sicily and the Italian mainland is one of only two in the EU carrying passenger trains on a daily basis and is also used for freight traffic. The other from Puttgarden, Germany to Rødby, Denmark, carries passenger trains and road vehicles and is set to be replaced by the new Fehmarn Belt rail and road link, which is due to open in 2021.