TRENITALIA was quick to respond to the collapse of a major highway bridge over a railway between Genoa Rivarolo and Genoa Sampierdarena on August 14 which immediately affected train services in the Genoa area and will cause massive disruption to the road network in Genoa for months to come. 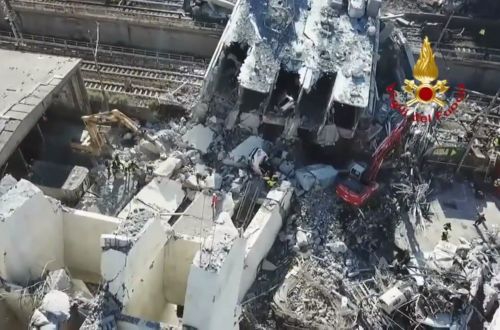 The highway bridge collapsed onto a railway beneath in Genoa.

Train services were initially suspended in western Genoa for around two hours while Italian Rail Network (RFI) assessed the damage. By 13.45 train services had been restored on the Genoa - Savona - Ventimiglia main line, the main line to Turin and Milan had also reopened but with some delays and cancellations of regional services, while the line between Genoa Piazza Principe and Borzoli remained closed.