VEOLIA Transport has sent an open letter to German federal transport minister Mr Alexander Dobrindt calling for the end of discrimination against rail in the German transport market, particularly in the long-distance arena, where trains have faced an onslaught from cheaper buses since the liberalisation of the German bus market in January 2013. 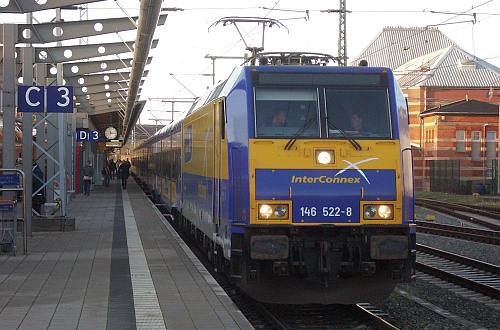 Veolia is withdrawing all of its InterConnex trains between Leipzig, Berlin and Germany's Baltic Coast from the timetable change on December 13 and Mr Christian Schreyer, CEO of Veolia Transport, cited "the overwhelming competition from parallel-running long-distance buses which pay no toll" as the reason for the withdrawal.

Schreyer says that the high costs of accessing tracks and using stations owned by German Rail (DB) forces it to offer higher fares than the bus operator. While a single journey on an hourly bus between Berlin and Leipzig may cost €7-9, it costs Veolia €11 per passenger to cover its infrastructure costs alone.

"Political decisions at the federal level have made it impossible for us to continue offering long-distance services that are commercially viable," Schreyer says. "We cannot keep up with the overwhelming competition from parallel-operating long-distance buses, which do not pay tolls, while we have to meet ever-increasing fees for the use of tracks and stations."

Schreyer says that DB Networks currently offers no incentives to rail operators that would allow them to compete effectively. And while the InterConnex service has many loyal passengers "who continue to choose cheap, environmentally-friendly and convenient railway travel over bus journeys," the economics of maintaining its service do not add up.

In conclusion Schreyer invites Dobrindt to use an InterConnex service from Berlin before they are withdrawn. "We hope you take this opportunity to convince yourself of the quality of our range and to see what options passengers will have after December 14," he says.