THE Australian state government of Victoria has announced it will provide $A 3m ($US 2m) a year over three years to ensure the continued operation of The Overland passenger service between Melbourne and Adelaide. 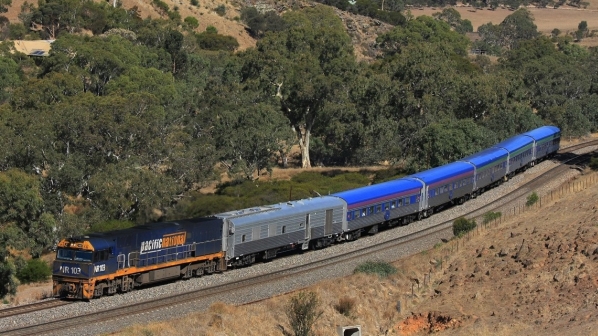 The future of the twice-weekly service, which stops at Murray Bridge, Bordertown, Nhill, Dimboola, Horsham, Stawell, Ararat and Geelong’s North Shore, had been unknown after the government of South Australia decided to stop providing an annual contribution of $A 330,000 in November 2018. The Victorian government agreed to provide $A 200,000 in December 2018 to continue operation for a year.

The 828km service departs Adelaide on Mondays and Fridays, returning from Melbourne on Tuesdays and Saturdays, and has a journey time of 10h 30min. The train is used by 20,000 people each year, and first ran as the Adelaide Express in 1887, before being named The Overland in 1926. It is now operated by Australian travel company Journey Beyond Rail.

“We’re proud to be preserving the iconic Overland train - giving certainty to regional jobs, regional tourism and regional Victorians who rely on this important connection,” says Victoria minister for public transport, Mr Ben Carroll. “We’ve listened to councils and communities in Western Victoria, who have told us The Overland is a top priority when it comes to public transport services in their region.”

Journey Beyond Rail announced an immediate temporary suspension of all trains, including The Ghan (Adelaide - Darwin), Indian Pacific (Sydney - Perth), and The Overland, in March. The Ghan and Indian Pacific services are suspended until July 31, while The Overland is due to resume services from September 14.