Renewal of rolling stock and roll out of digital systems planned for the Uzbek capital’s metro. 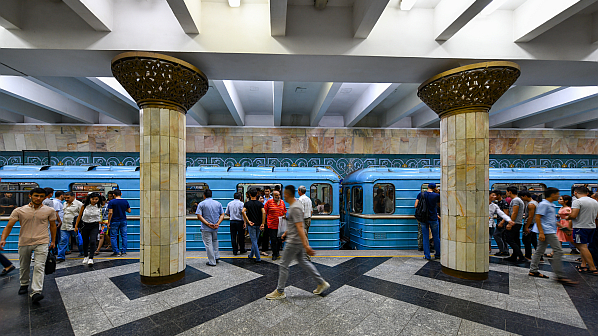 TRANSMASHHOLDING (TMH) and Tashkent Metro have signed a 10-year Memorandum of Cooperation relating to the development of the metro which will be valid during 2022-2032.

Both signatories plan to modernise infrastructure and renew rolling stock on the metro, implement a digital control system, improve security systems, introduce microprocessor control systems and traffic dispatching, integrate the metro with surface passenger transport systems to increase availability and demand, introduce a system for the provision of trade and advertising services and create a logistics centre for the integration of suburban, urban passenger transport and the metro.

The document was signed by TMH director general, Mr Kirill Lipa and head of the Tashkent Metro Mr Rakhmonbek Usmanov.

Within the framework of the memorandum, both parties intend to interact in areas related to the development of infrastructure, rolling stock and passenger traffic flows of the Uzbekistan capital’s metro system.

TMH subsidiary, Metrowagonmash, has been working with the Tashkent Metro since its opening 44 years ago and is due to deliver 10 four-car trains for the metro by the end of this year.

For detailed data on metro projects across the world, subscribe to IRJ Pro.