PLANS for the construction of a fourth metro line in Athens were unveiled at the end of September by Greece's minister of infrastructure, transport and networks Mr Michalis Chryssohoidis and the managing director of the city's metro operator Attiko Metro Mr Christos Tsitouras. 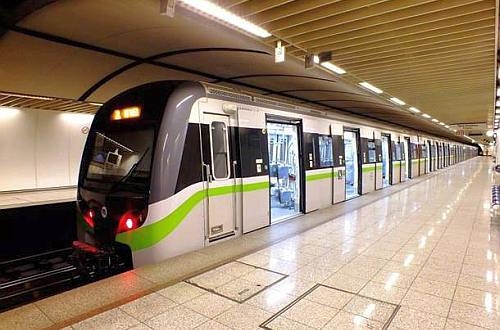 The initial 12km section of the line will follow a U-shaped alignment from Alsos Veikou station in Aktimonon to Kypseli, Exarcheia, and Kolonaki, terminating in the district of Goudi. The line will have 14 stations including an interchange with the east-west Line 3 at Evangelismos.

The project will include expansion of maintenance and stabling facilities at the existing Sepolia depot, which will also be the location for the line's operations and control centre.

Line 4 is expected to carry around 220,000 passengers per day and is forecast to remove 53,000 vehicle movements a day from the city's congested streets.

The total budget for the first phase is expected to be around €1.2bn, including a fleet of 17 trains.

An invitation to prequalify for the turnkey project is due to be issued in December and Attiko Metro expects to complete design and obtain all necessary construction permits by autumn 2015, which will allow it to move to the selection stage of the tendering process. Construction is due to begin in early 2016 and the first section of Line 4 will open in 2022.

In the longer term the line will be extended north to Perissos, Maroussi, and Ethniki Odos, with a branch running south from Evangelismos to Ano Ilioupoli.

A map of the line and proposed extensions can be downloaded from the Attiko Metro website (7.4MB PDF).