THAILAND’s prime minister, Mr Prayut Chan-o-cha, officially opened the first section of the 19.5km northern extension of the Bangkok BTS Skytrain Sukhumvit Line (Green Line) on August 9, when he made an inaugural trip over the 1.4km section from Mo Chit to Ha Yaek Lat Phrao. 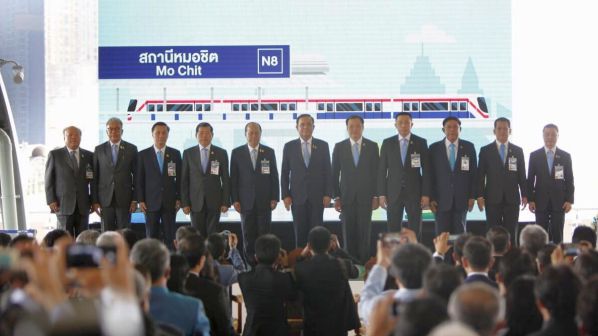 Free travel is being provided on the one-station extension during the trial operation period, with alternate trains running beyond Mo Chit during the morning and evening peaks.

Construction began on the extension from Mo Chit to Saphan Mai and Khu Kot in 2015.

Services are due to be extended to Kasetsart University by December with the remainder of the extension expected to open by July 2021.