BARCELONA inaugurated the first section of the driverless Metro Line 10 South on September 8, when free travel was offered between Collbanc and Foc. 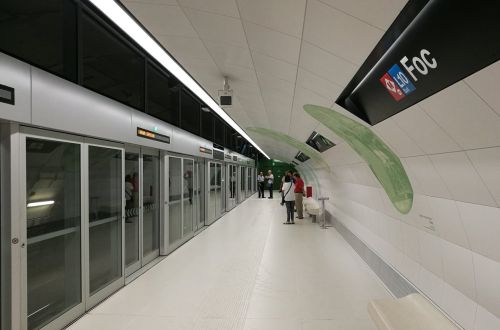 Line 10 South services share Line 9 South tracks on the 2km stretch between Collbanc and Can Tries Gornal before diverging onto a 2.5km branch to Foneira and Foc, the interim terminus of the line. Two further stations, Provençana and Ciutat de la Justícia, are planned on the Can Tries Gornal - Foc section.

All five underground stations on Line 10 South are accessible for passengers with reduced mobility.

Services operate at seven-minute headways and three trains are required to operate the timetable with one train in reserve. The line has a commercial speed of 30.1km/h.

Line 10 South services are due to be extended to Zona Franca by 2022.

The Catalan government is seeking a €740m loan from the European Investment Bank to enable the resumption of construction on the core section of Line 9/10 from Zona Universitària to La Sagrera, with works expected to resume next year. This could enable the completion of Line 9/10 in 2023, nine years later than originally envisaged.

The opening of Line 10 South extends the Barcelona metro network to 121.5km, including 33km of driverless lines, with 156 stations.