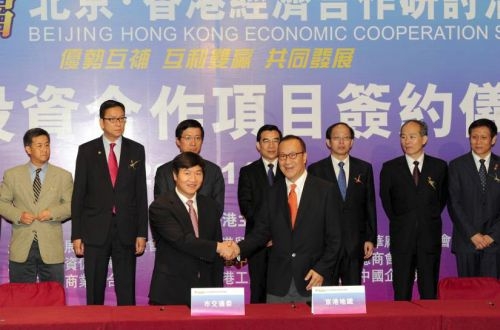 Part B comprises electrical and mechanical systems as well as rolling stock for the new 47.3km, 37-station line which is due to open its first 12.7km phase in 2013. The remaining 34.6km section will open in 2015.

Beijing MTR will invest Yuan 15bn ($US 2.4bn), which is approximately 30% of the of the overall cost of part B. MTR, which holds a 49% stake in the joint venture, is set to contribute Yuan 2.2bn to Beijing MTR. Beijing Capital Group also holds a 49% stake, while Beijing Infrastructure Investment Corporation holds 2%.

Part A, which comprises civil construction, is being undertaken by Beijing Infrastructure Investment Corporation, which started work in 2010. As part of the concession agreement, which is still to be approved by relevant authorities in mainland China, Beijing MTR will operate and maintain the line for 30 years.

"Beijing Metro Line 14 will be the backbone of public transport between the southern and eastern parts of Beijing, and it will offer great convenience to the local community when it opens," says Mr Richard Wong, general manager of Beijing MTR.