BOMBARDIER and Hitachi have filed proceedings in Britain’s High Court over Transport for London’s (TFL) decision on June 15 to award Siemens a £1.5bn contract to design and build 94 new-generation Deep Tube trains to replace the entire Piccadilly Line fleet. 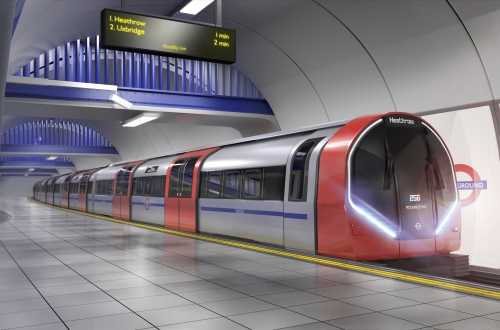 “Hitachi Rail and Bombardier Transportation confirm that they have issued claims in the High Court against London Underground Ltd’s decision not to select our consortium bid for the Deep Tube Upgrade Programme,” Hitachi said in a statement. “We are precluded from commenting further, as this is now a matter for the Court.”

While the order was for an initial 94 trains, TfL said in June that the contract was awarded on the expectation of a single manufacturer building the trains for all four Deep Tube lines. The contract allowed Siemens to progress its plan to build a new assembly plant at Goole in East Yorkshire.

A Bombardier/Hitachi consortium is also competing against Siemens for the contract to construct trains for HS2, but a Hitachi spokesman says that this bid is separate from the one for Deep Tube and comes from a distinct joint venture.