AFTER 10 years of construction, the first metro line in the Italian city of Brescia was inaugurated on March 2 by the president of the region of Lombardy Mr Roberto Maroni. 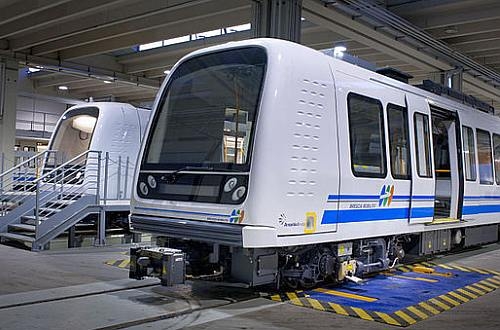 The 13.1km line links Prealpino in the north with the city centre and San Eufemia in the south east, and is the third automatic metro line to be completed in Italy after Turin and Milan Line M5, which opened last month.

The line was constructed by a consortium of Ansaldo STS, AnsaldoBreda, and Astaldi under a turnkey contract signed in April 2003. The 39m-long three-car AnsaldoBreda trains used on the line are almost identical to those supplied for the first phase of the Copenhagen Metro, and have a maximum capacity of 300 passengers. The line has a fleet of 18 trains, 16 of which are required to operate the peak service. Trains are operated from a control centre at the depot, which is situated at San Eufemia.

The line has 17 stations, eight of which are underground with five constructed in trenches, two on the surface and two elevated. The 13.1km line has 5.9km of bored tunnel, 3.8km of cut-and-cover tunnels, and 1.7km of viaduct.