THE Hungarian government has granted the city of Budapest permission to begin talks with potential creditors regarding financing for the modernisation of the ageing train fleet on metro Line 3. 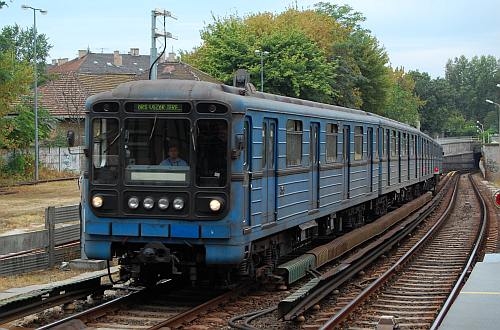 With the rebuilding of Line 2 in the last decade and the opening of Line 4 in March, both of which have benefitted from new Alstom trains, political attention has turned once again to the troubled Line 3, which has recently suffered a spate of failures on its fleet of Soviet-era rolling stock.

The city will be able to borrow up to Forints 60bn ($US 247m) to upgrade the trains, and on August 25 it instructed Budapest Transport Company (BKV) to begin discussions with banks and draw up tenders for the modernisation programme, which will be treated as a priority. Tenders for this work are due to be issued by the end of the year.

Meanwhile the Budapest assembly has also decided to initiate discussions with the Hungarian government over possible financial measures to upgrade infrastructure and stations on the line, possibly with the involvement of European Union (EU) institutions.

The mayor of Budapest Mr István Tarlós says he expects the train fleet to be upgraded by 2016 and the rebuilding of the whole line by 2019. In the meantime, track renewals will be carried out on the sections where repairs are needed most urgently.