A Franco-Indian consortium led by Systra and including Aecom, Egis Rail and Rites has been appointed general consultant for the first phase of the Nagpur metro. 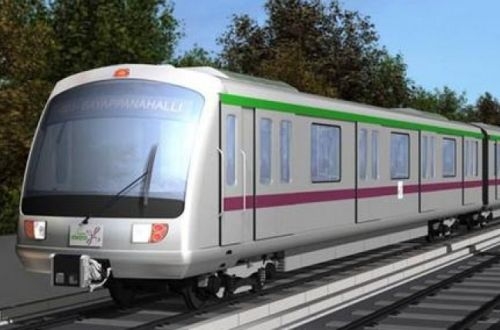 The first phase, which was approved by the Indian government in August 2014, comprises two lines totalling 38.2km. The north-south line will be 19.6km long with 17 stations, of which 15 will be elevated. It will connect Kamptee, with Nagpur's existing international airport and Wardha. The line will also serve the new Multi-modal International Cargo Hub and Airport currently under construction, which is the largest project of its kind currently underway in India.

The 18.6km east-west line will run from Bhandara via the central station and university to Hingna, and will have 19 stations all of which will be elevated. The two lines will intersect at Sitaburdi.

The total cost of the metro project was estimated at Rs 86.8bn ($US 1.3bn) in 2014, with the Indian government providing Rs 15.6bn in the form of equity and subordinate debt. The project will be implemented by Nagpur Metro Rail Corporation, a 50:50 partnership between the state of Maharashtra and the Indian government.

Nagpur is India's 13th-largest city with a population of 2.2 million and claims to be the second cleanest and greenest city in India, a reputation it is keen to maintain.