ACCORDING to the International Association of Public Transport’s (UITP) Observatory of Automated Metros the total length of fully-automated driverless metro lines globally has topped 1000km for the first time. The milestone was reached at the end of March with the opening of the Pujiang Line in Shanghai. 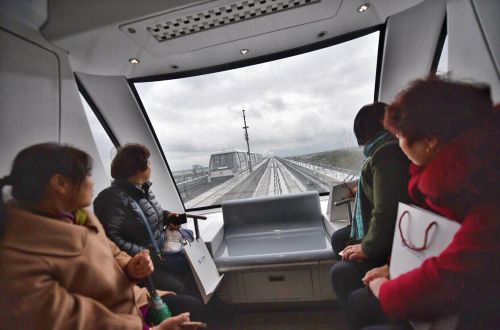 The Pujiang Line is the world's newest GoA4 metro line.

The UITP says there are currently 63 metro lines operating at Grade of Automation 4 (GoA4) in 42 cities in 19 countries, making a total of 1003km. The world’s first GoA4 line opened in 1981 in Kobe, Japan. While it took another 29 years to reach 500km, it took only a further eight years to double that figure.

“Fully automated metro operation is a proven solution which offers many benefits including safety, flexibility of operations, larger capacity, cost efficiency and more fulfilling jobs for staff, which lead to an enhanced customer service,” says Mr Ramón Malla, who is chairman the Observatory of Automated Metros and director of strategic projects with Barcelona Metropolitan Transport (TMB). “Significantly, no city that has built an automated metro line has ever reverted to conventional mode afterwards. It is expected that conversions of conventional lines to fully automated operations will also multiply.” The UITP expects expansion to continue at a faster rate still in the next decade.

The UITP says fully-automated driverless metros have a proven track-record for safety. “With adequate redundancy built-in, fully-automated metros are generally safer as human factors in safety-critical decisions are reduced,” the UITP says.