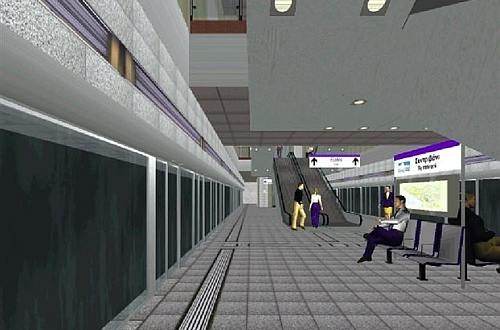 The 518m project involves building a 4.8km underground branch off the initial Neo Elvetia – New Railway Station section of the metro, which is currently under construction, from Patrikiou to serve five stations at Nomarchia, Kalamaria, Aretsou, Nea Krini and Micra. The project will include provision for a further extension of the line to the city's airport.

The extension due to be commissioned in 201 and the line is expected to carry around 65,000 passengers per day with a journey time of 15 minutes between Micra and the city centre.