PLANS to extend the Oslo metro network to the Fornebu peninsula reached a milestone on June 26 with the signing of an agreement securing financing for the project. 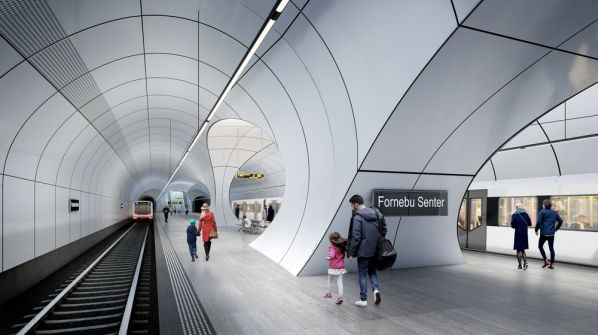 The draft agreement setting out policy coordination and mutual obligations for transport development in 2019-2029 was signed by representatives of the Norwegian government, Akershus County Council, the municipality of Oslo and the municipalities of Bærum, Skedsmo and Oppegård.

Under the deal the state will cover 50% of the cost of constructing the 8.2km underground line from Majorstuen in Oslo city centre to Fornebu Senter, which has an estimated price tag of Krone 16.2bn ($US 1.9bn).

The journey time between Majorstuen and Fornebu Senter will be 12 minutes.

The line will serve a major new residential and commercial development on the site of Oslo’s former international airport at Fornebu, which closed in 1998 following the opening of Gardemoen airport.