STOCKHOLM Local Transport (SL) and Bombardier unveiled artist's impressions of the forthcoming C30 train for the city's metro network at the EurasiaRail exhibition in Istanbul on March 5. 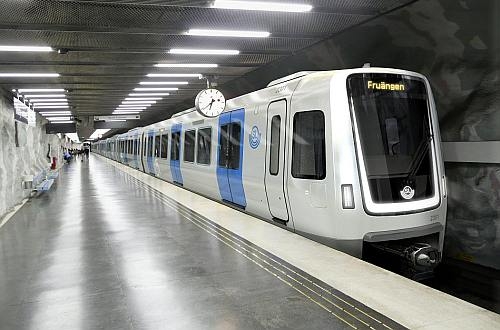 The C30s are the first metro trains in Sweden to be equipped with air-conditioning and each 70m-long two-car train will accommodate up to 635 passengers, 140 of them seated.

With the completion of resignalling and the delivery of new trains, peak capacity on the Red Line will be increased from 24 to 30 trains per hour by 2021.

The C30 fleet will initially operate with drivers but the trains are equipped for the eventual rollout of full Unattended Train Operation (UTO) on the Red Line.