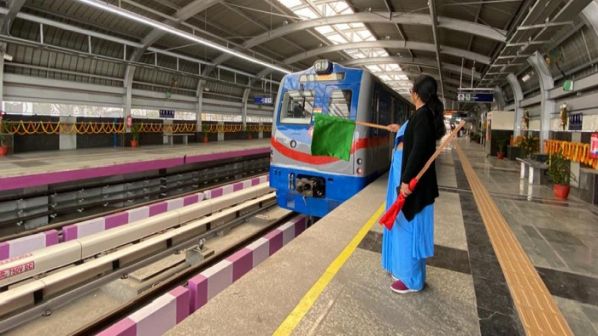 The line is intended to reduce congestion on the busy Diamon Harbour Road in the south of the city, cutting the journey time from Joka to Sarsuna, Dakghar and Muchipara to 15 minutes. Services will operate Monday to Friday, with an hourly service running between 10.00 and 17.30.

Stations on the first section of the Purple Line are equipped with a total of seven escalators and four lifts, as well as a public address system, automatic fare collection gates and automatic ticket vending machines.