FRAPORT, which operates Frankfurt Airport, has awarded a contract to a consortium of Siemens, Max Bögl Group and Keolis to build, operate and maintain a new fully-automated Airval peoplemover to serve the new Terminal 3. 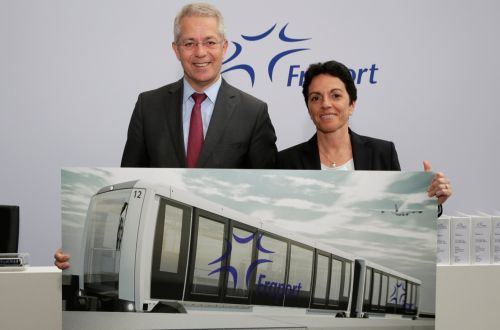 The €300m contract covers the construction of the peoplemover, and its operation and maintenance for five years, with an option to extend this for another five years.

Construction is scheduled to start in middle of this year. When the peoplemover opens in 2023, trains will operate at 120-second headways during peak periods, and the line will have capacity to transport 4000 passengers/hour/direction.

The new peoplemover is shown in yellow and the existing
one in green.